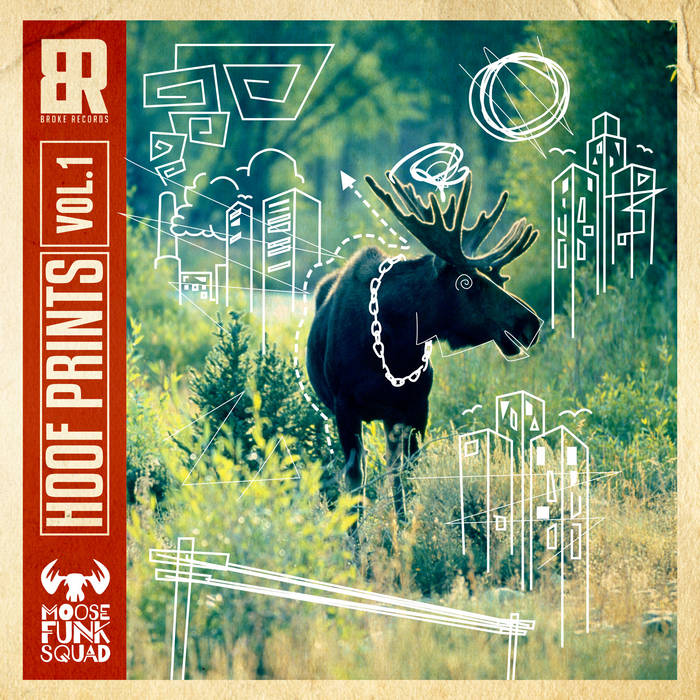 Moose Funk Squad are an undeniably skilled and increasingly strange Hip Hop outfit with ties to London, plus the surrounding shires.

After a widely positive response to their first mixtape, Moose Funk Vol.1, the squad have returned with a shiny new collection of rap songs for your listening pleasure. Hoof Prints Vol. 1 is produced entirely by the criminally underrated rural badbwoy, P739. Taking his name from his old Royal Mail I.D number, P is a master craftsman specialising in head-nod bangers of the nang variety.

As usual, all scratch duties are handled by miniature alcoholic and international heartthrob, DJ Sugai. Moose Funk Squad Moose so much it has become a verb. To Moose is to fight the good fight. So no dilly dally, listen to the EP now and join them.

Bonobo stops by to talk about his new record Fragments